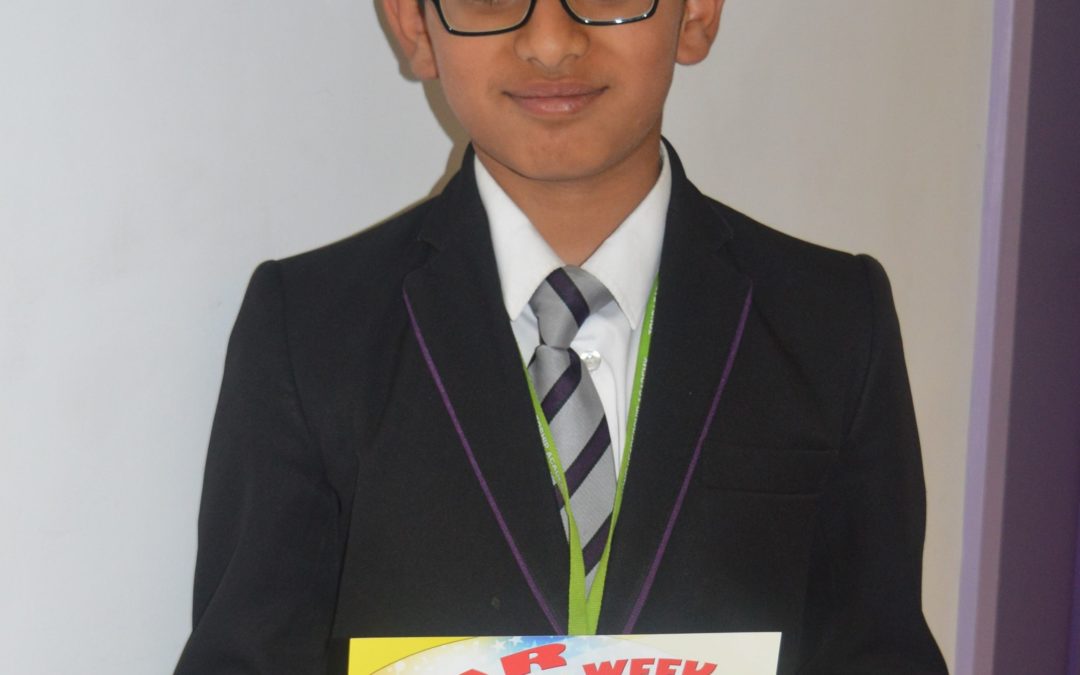 A Year 7 pupil has been recognised for his outstanding achievement.

12 year old Muhammad Sarwar joined Tong Leadership Academy in September of last year. At that time, having only recently moved to the UK with his family, Muhammad’s English skills were such that he could not be taught in mainstream lessons and instead received support from our English as an Additional Language (EAL) team.

Through immense determination to succeed and a positive attitude to every aspect of his studies, Muhammad has not only progressed so much in English that he will join mainstream classes in Year 8, but he has also earned the most achievement points of all Year 7 pupils at Tong – with 1,027 points in all.

A keen mathematician, Muhammad has also received a remarkable 100% score on all Hegarty Maths online homework tasks he has completed throughout the year – and even completed an additional 24 tasks as he enjoys them so much!

“The Year 7 team have been really impressed with Muhammad and his attitude to learning. His willingness to do well and work hard is inspiring to other students. With this kind of determination and hard work, we are sure that Muhammad will do well in the future.”

Pakistan-born Muhammad went to live in Italy at the age of four where he was schooled up until his family moving to England in 2017.

“When I first started at Tong I was very scared and nervous, but the teachers were supportive and helped me fit right in. I have made many friends along the way who were also new to England. I am happy that my hard work is being recognised.”

“Congratulations to Muhammad on all that he has achieved this year. He is an example to all of us that with drive and determination we can reach our goals. We are proud to have him in our school community and I wish him well for his future studies with us.” 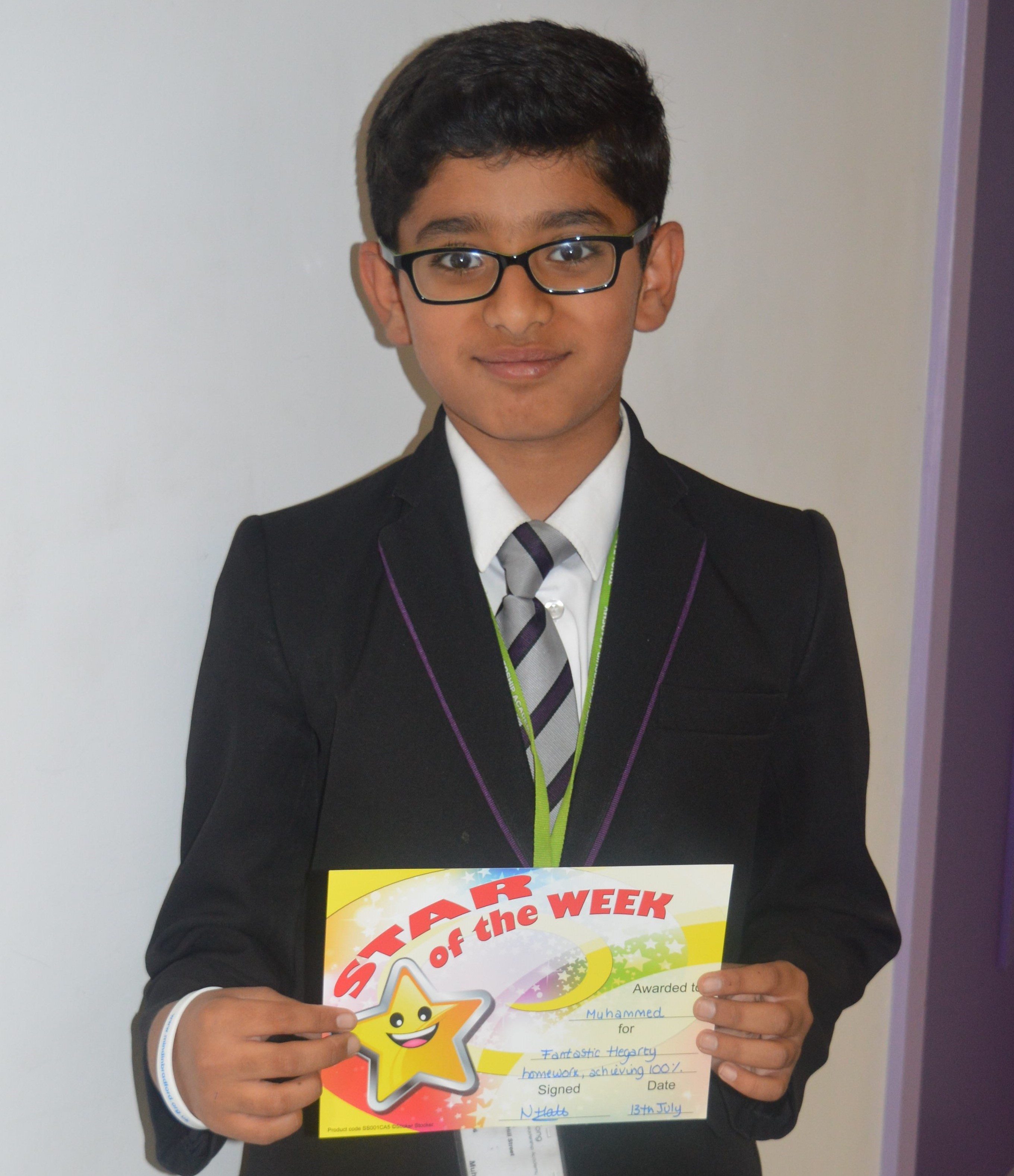 Year 7 pupil Muhammad Sarwar with his Star of the Week award in recognition of his achievements during the school year.