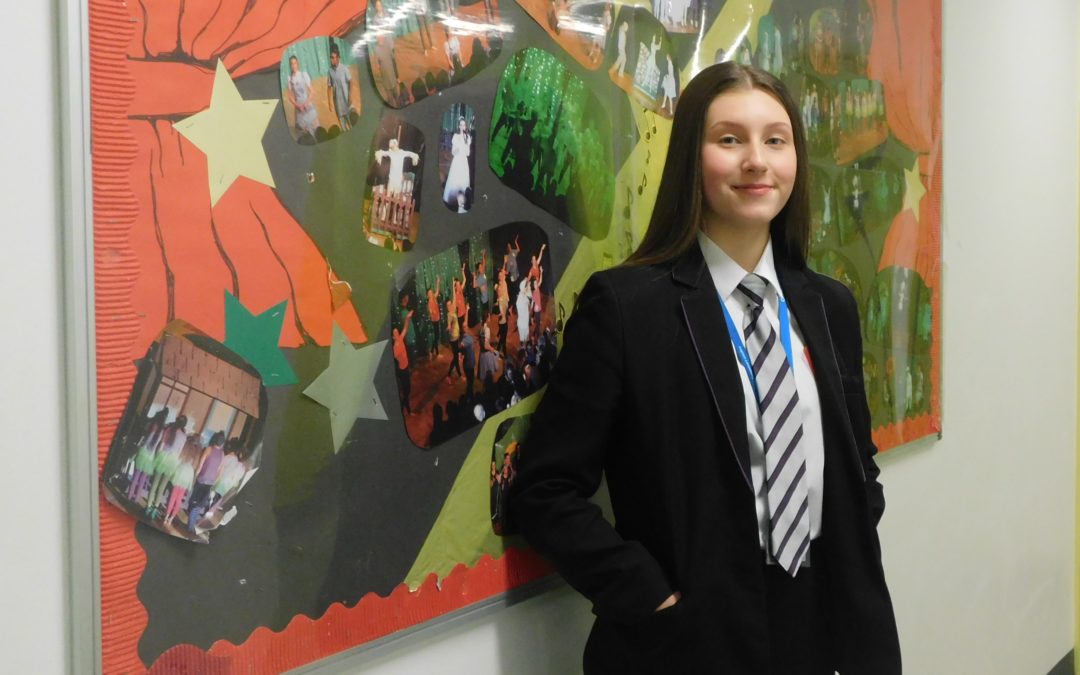 A pupil from Tong Leadership Academy has been selected to perform in a major musical production in Bradford.

Amber Walker will be appearing in Joseph and the Amazing Technicolour Dreamcoat at the Bradford Alhambra which stars Britain’s Got Talent finalist Mark McMullan as Joseph.

The talented pupil will be part of the choir which will perform an array of hits from the popular musical.

Amber was selected for the show after she took part in auditions with support from the Stuart Stage School.

Despite only performing with the Stuart Stage School Choir for four years, she has already appeared in several high profile shows including Les Misérables, Evita and Jesus Christ Superstar.

Amber now dreams of becoming a performer in West End Shows or on cruise ships.

“I am really excited by this wonderful opportunity. It’s such an honour to have been chosen. Joseph and the Amazing Technicolour Dreamcoat is one of my favourite shows and I’m really excited to be able to take part. I’ve been dancing for more than ten years and have been singing for four, so to be selected was a dream come true. I’m really grateful to my mum and dad who help to take me to rehearsals and who watch all my performances. I really wouldn’t be able to do this without them.”

“We are very proud of Amber and her wonderful achievements. We are sure she will have a glittering career ahead of her in the performing arts and we will be encouraging her all the way.”

Joseph and the Amazing Technicolour Dreamcoat will be showing at the Alhambra Theatre from 4 February until 8 February 2020.