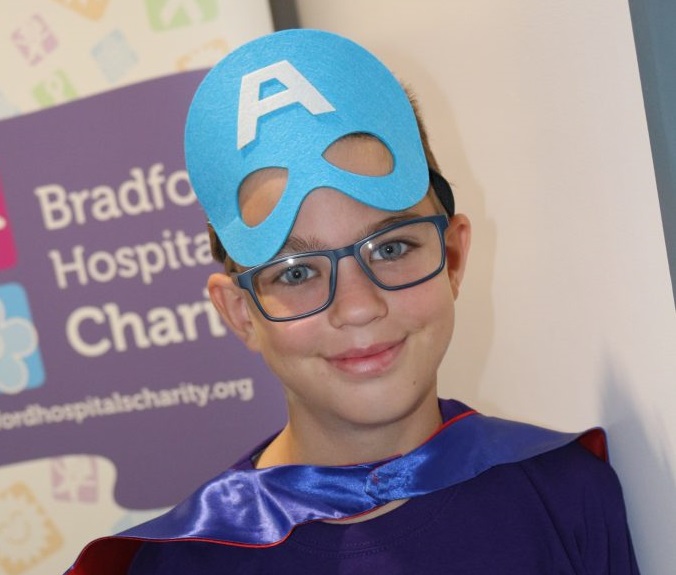 Tong Leadership Academy pupil Kian Pely took part in Bradford Hospitals’ Charity’s superhero abseil to raise money for its ‘Rays a Smile’ appeal last Saturday (21st September). Kian joined other school children, members of public and hospital staff who all dressed as superheroes and abseiled down the side of Bradford Royal Infirmary to raise much-needed charitable funds. On completing his abseil Kian raised over £300 for the cause. 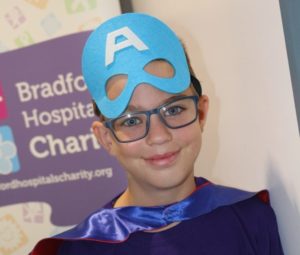 The Rays a Smile appeal, which launched in April, aims to raise £250,000 to create dedicated children’s waiting areas in both radiology departments at Bradford Royal Infirmary and St Luke’s Hospital, refurbish scanning rooms to make them more child-friendly, and purchase specialist equipment which allows children to watch their favourite films and shows during an MRI scan.

Kian was driven to take part after visiting hospital to have an X-ray and seeing first-hand how having an X-ray or scan could be a daunting experience for other children. The Year 7 pupil, who is an aspiring scientist, said: “I want children to feel comfortable when they visit hospital for an X-ray. The room is very dark, so I can see why some children might be scared. I want to help others if I can.”

The Tong Leadership Academy pupil, who dressed as a ‘super humanoid’ for the abseil, explained: “Normal humans have their own superpowers, such as love and kindness. I’ll be dressing in my own superhero outfit, which has a big heart on the front.”

Kian’s dad, Tomas Pely, said he was immensely proud of Kian: “He’s a brave boy and I’m very proud of why he’s doing it. It’s great to see him wanting to do something for other people, so we will be supporting him and raising as much money as possible.”

You can still sponsor Kian, visit his Just Giving page at https://www.justgiving.com/fundraising/kian-pely

More details and the appeal can be found at https://bradfordhospitalscharity.org/rays-a-smile/